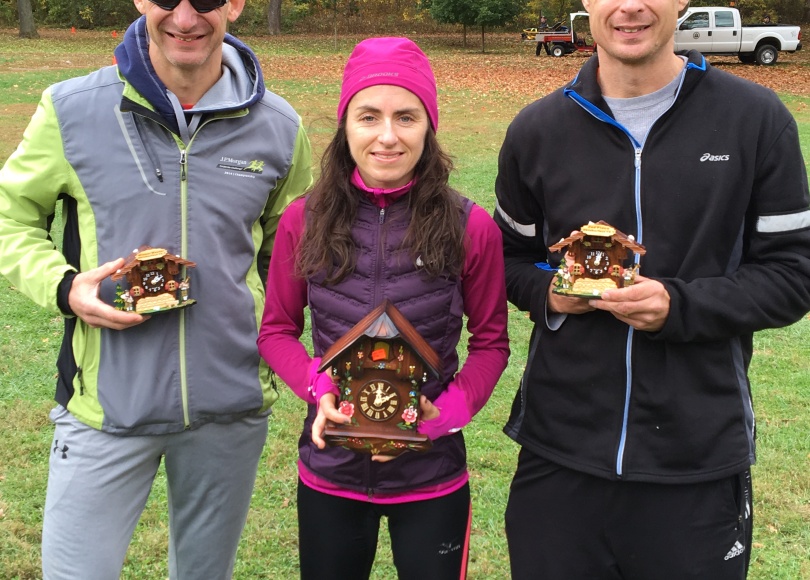 “To get back my youth I would do anything in the world, except take exercise, get up early, or be respectable.” ― Oscar Wilde, The Picture of Dorian Gray

Competing with youth is foolish, especially when that youth is yourself.

That didn’t prevent me from trying.

To prepare for the marathon of my adopted hometown of Philadelphia this weekend, I have been closely reviewing my training for the Bucks County Marathon, which I won two years ago, in an attempt to approach, if not match, the 2:58:02 time the younger me achieved in 2014.

Eight years after moving to the area, I yet have to run Philadelphia, a mostly flat course that snakes through familiar sites such as Independence Hall and the Museum of Art of Rocky’s fame before heading to  scenic Fairmont Park. Most masters — a flattering term for runners over 40 — say you can improve through your mid-40s before all goes downhill. The clock is ticking to get at least one more marathon in less than 3 hours under my belt.

After running 12 marathons over 12 years, I should hardly need a training plan. The drill is well-honed. I know what works, and what doesn’t work, for my body: three months of training; five runs a week, no more, with cross-training the two other days; a relatively low weekly mileage to avoid repetitive injuries, starting in the 40s and peaking in the 50s or 60 maximum three weeks before the race. Plenty of yoga, stretching, flexing, lunging and planking to make sure the core backs up the legs. Regardless, a runner is a forever newbie when making another attempt at the distance. It’s especially true for me, coming back after two years of on-and-off injuries.

My training has consisted of obsessively studying and mimicking my fall 2014 workouts. I participated in the same October races leading up to the marathon: a 7.8-mile (12-km), hilly trail run, a 15km (9.3-mile) flat race, and a bucolic half-marathon in Philadelphia’s Pennypack Park.

In the combat of experience versus youth, self-absorption wins.

Besides aging, the main difference with the days of my fastest marathons is that I started my training from a lower base, after repetitive injuries prevented me from racing the full distance for two years. Statistically, if I run under 3 hours Sunday after a two-year hiatus, it will be a first.

August felt rusty, and as I ramped up my weekly mileage and pace, the calves got tighter again and the shins painful. My old injuries were back. I resorted to running through fields and grass –– in other words, trespassing on people’s lawns alongside the roads — to minimize the pounding on pavement when I had no access to trails. My times were slow, much slower than in 2014. My excuse: “It’s hot and I’m running on grass.’’ For the record, August is always hot in Philadelphia.

Come early October and the first big test: the 15km race in Delaware City, which that I had won in 2014 — mostly because of a lack of competition  — on a beautiful, crisp, sunny day. For the 2016 edition, the tail of Hurricane Matthew brought wind, cold and rain. The weather was so inclement that there were no race photos, but competition showed up. The eventual female winner, a 29-year-old, took off at the start, never to be seen again. After holding on to second place for most of the race, I heard quick, lithe steps behind me. The petite runner I had passed around kilometer 3 was back with a vengeance. I was now running two races, one against that runner (I lost) and one against my 2014 self (I still had a chance). In the confusion of the final 500 meters, I inexplicably followed her when she turned to the right, even though I knew the course was an out-and-back and I should have gone straight. She had followed the runner ahead of her, who had followed the runner ahead of him. In the end, five of us ended up adding about 400 meters with the extra detour. It didn’t change the overall rankings, but made it harder to compare with 2014. By all measures, it appears that my average per-mile pace was a few seconds faster than two years ago, enough to boost my confidence. Extra bonus: the petite runner was 45, older than I. Proof that older can be faster.

My hopes were crushed two weeks later at the Oktoberfest half-marathon in Pennypack Park, a race I also won in 2014, coming back home with the prize: an authentic Austrian cuckoo clock. This time, the course was about 1 km short because of a mix-up by the organizers. I struggled from the start, breathing hard and nose leaking in the cold. Near the end of the race, my pace had fallen off to about 7 minutes a mile, slower than the 6:52 average pace needed to finish a marathon in 2:59:59. I did win again, earning a second cuckoo clock. Same prize, but I was older and slower. Based on my pace on that cold October day, I should logically run Philadelphia in 3:10 – at best.

Now it’s off to the race. On Sunday, I plan to ignore Oscar Wilde’s advice and take up exercise, wake up long before sunrise for the 7 a.m. start, and do my best to be respectable. It remains to be seen if I’ll get my youth back.