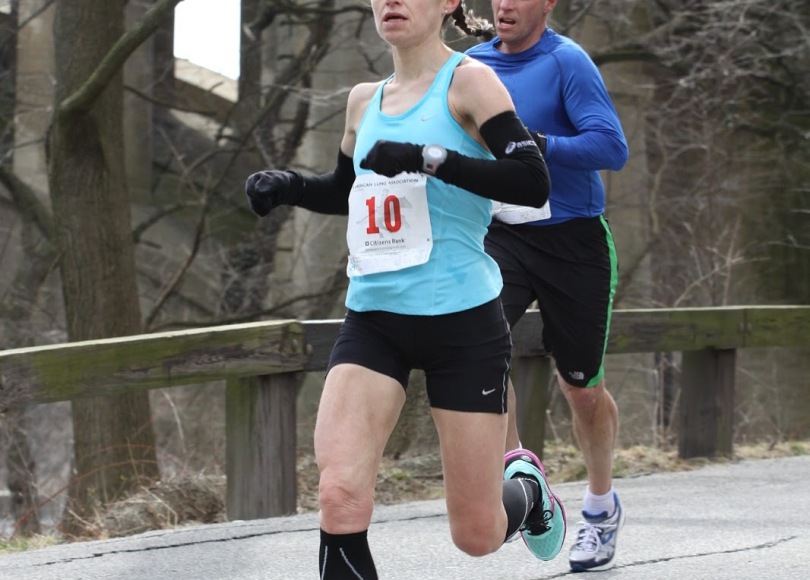 In running, as in life, I tend to focus on what I failed to do, or didn’t do enough or didn’t do right. Last week I wrote that my training for the Boston Marathon, in three weeks, was flawed because it lacked races and group runs. I said that Wilmington’s half-marathon last Sunday would be a test. I passed. I ran in a personal best, more than 1 minute faster than in 2012, my previous record on the distance. That means I must have done something right.

There’s no magic in running: To become faster, you need to train faster. Speed-training runs can come in various flavors: speedwork, or repeats of half-mile or mile at an extremely fast pace; tempo, usually 3 to 5 miles at a very fast pace; and the unfortunately named fartlek (speed play in Swedish), bursts at a crazy pace over a few hundred yards/meters off a regular-run pace.

Whatever the flavor, I find them unpalatable. I wrote last week that I felt as if I butchered my speed sessions this year. The main reason is that I’m unable to keep up with the program I downloaded from Runner’s World’s smartcoach tool (I have used it over the past four years, in combination with my homemade plan, and recommend it for everybody, from newbies to seasoned runners). The pace for speedwork and tempo leaves me out of breath and struggling after a few minutes on my treadmill. So I’ve been cutting the length of the repeats and doing more of them. I’ve been doing more fartlek, which I find easier. It was apparently enough to gain some speed.

I’m also wondering whether my weekday, so-called easy runs on the treadmill helped me. I have a special technique (perhaps I should find a name for it, preferably not involving the word fart.) Because I find running on a treadmill a lot harder than outside, I never can start my sessions at 7 minutes 30 seconds a mile (8 miles per hour), the recommended pace for my easy runs. I start at about 8:30 (7 mph) and increase the pace every minute by 0.1 mph until I reach 9 or 9.5 mph. Then I come down to 7.5 mph (which then feels very slow) to resume my gradual increase of 0.1 mph per mile until I reach 9 or 9.5 mph again and drop down again to close to 8. The idea is that at the end of the session I will have averaged a faster-than-7:30 run, while not feeling like it was too hard. Those runs may be partial speed sessions in disguise: on a 50-minute session, I may spend at 10 to 15 minutes at a faster pace than a sub-3 marathon speed.

My long runs may be another factor for my faster half-marathon. Owning a Garmin watch that indicates my pace has changed my approach to those runs. Until about a year and a half ago, I regarded them as a distance to accomplish. In the winter, I dreaded the prospect of being on the roads for more than 2 1/2 hours, fighting the cold, rain or snow. Now I see them as a succession of one-mile runs. When I started training in January, I aimed to maintain a pace that averaged about 7:30 a mile, following the guidelines of my plan. I realized I was going faster and started to push downhill to 6:30 or below to compensate the slowdown from uphill portions (there’s barely any flat road around where I live). Uphill, I would endeavor never to go over 8. With that technique, I was soon averaging 7:15 without really trying to go fast. On my latest 21-miler, I dropped to about 7:05. A Garmin watch will never replace the emulation of a race or a run with faster runners, but it did give me an incentive to push a bit harder.

Sunday, after rejoicing for a few minutes at my new record of 1h25m47 in a half marathon (enough for a second place in my age group and sixth female overall), I reverted to my old habits and reflected about what I could have done better: a stronger finish and pushing harder downhill, among other things. Personal best or not, I know this to be true for every runner, from novice to elite: During a marathon, anything can go wrong.